The Bastion Chanson, a History character When history gets involved 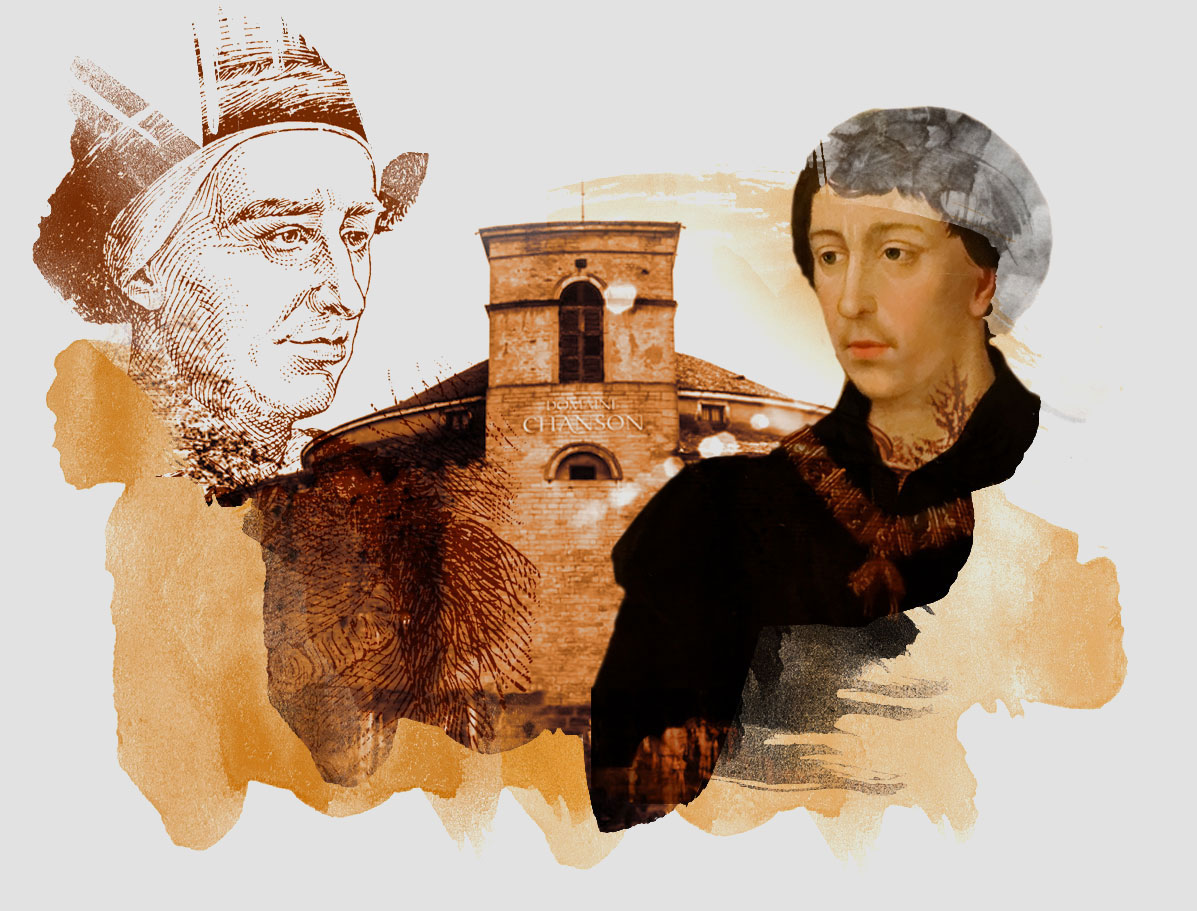 Today, the city of Beaune still has 5 bastions, relics of an eventful history.

When history gets involved

“La tour des filles” or “Bastion de l’Oratoire”, currently the property of Domaine Chanson, was built on the old battlements of Beaune, constructed by the first dukes of Burgundy. From the mid 15th century, Philippe le Bon requested that the fortifications be maintained and developed.

Burgundy, under the reign of Charles le Téméraire, last Duke of Burgundy, surpassed the kingdom of France through its surface area and its power. This situation conferred a strategic place upon Beaune, then capital of Burgundy, raising the interest of neighbouring regions.
At the death of Charles le Téméraire, the 29th of January 1477, the states of Burgundy and particularly Beaune join his daughter, Marie de Bourgogne. Indeed, the wealthy people from the town centre and unruly winemakers of the area didn’t want to be reattached to France, and refused to obey Louis XI. However, one year later, after violent repressions, Louis XI took possession of Beaune. From then, Beaune is only a few kilometres from the boarders of a newly expanded Kingdom.

This strategic position commits the King to build and fortify harder the current battlements. Not only to repulse the enemy but also to subdue, just in case, the lovely population of Beaune still disobedient. As a result, “La Tour des Filles” was built between 1519 and 1524.
By then, the growing of vine was already established in the region and fully contributed to the local economy.
Two centuries later, with the development of trade, wines Houses naturally appeared. Under the reign of Louis XI, Simon Verry founded a House of burgundian wines and was allowed by the city to use the “Bastion de l’Oratoire”, clear of weapons and other objects witnessing the military history of the structure, to shelter his wines.
In 1790, the Bastion was at its best since it now shelters over 10 000 bottles of wine.
Its 8-metres thick walls protect wines from sunburn and winter bites. If “La Tour des Filles” owes its existence to the protection of a town and a power, it owes its survival to the protection of wine. A much more dignified vocation to some…

In the middle of the 9th century, while the Empire reached its end, wine trading is in full expansion. Alexis Chanson, then headmaster of the House, built two more levels to the structure which had become too small to welcome all the wines. In 1826, the Bastion reached its final shape.

When Chanson’s meets the French History

If you
will follow
me… An organization
entirely focused
on wine

Built around a central shaft serving its 4 levels thanks to a spiral staircase, the Bastion is the most imposing bastion of the five still existing in Beaune.

Entering the Bastion through the only and unique door is an inimitable experience.
Once through this heavy many times centenarian door, an artery quickly leads us to its heart. All our senses are alerted. We must move up along the spinal column of the colossus to resurface and sink again inside and get out of it… We are certainly in another world. 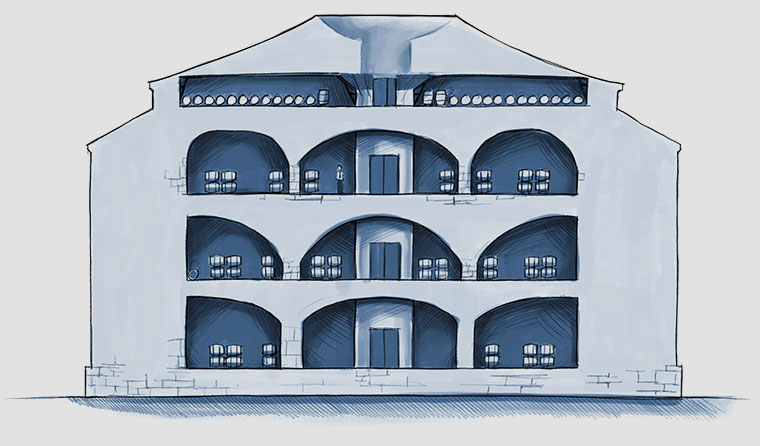